Healthy bodies generate the perfect quantity of insulin needed and utilize it for the body. Whereas, diabetes is a sickness that damages the body’s metabolism. Diabetic bodies have problems with glucose metabolisms. They experience either high/low blood sugar levels thus creating health issues. Their bodies won’t be able to produce insulin or utilize it.

Regulating our sugar content is the job of insulin. Insulins are hormones manufactured by our pancreas in our systems. Our sugar levels are boosted after food or drink consumption. After consumption, our pancreas discharges insulin to regulate blood-sugar metabolisms. Hence, insulin is important to our bodies. It removes glucose from the blood to our cells and transforms it into energy.

Which is Worse, type1 or type2 diabetes?

This question, which is worse, type1 or type2 diabetes? is a popular one in the medical community.

Sometimes, type1 diabetes is worse than type2 diabetes. The reason is that type 2 is less severe than type one. Nevertheless, type 1 and type 2 complicate an individual’s health. Both cause damage to the patient’s body parts.

However, it can be said that type2 is worse than type1 diabetes. The reason is that type-2 symptoms don’t show early. They are common to many diabetic patients. Type-2 is one of the leading causes of strokes and heart-related problems in patients.

Therefore, knowing which is worse between type1 or type2 diabetes, is based on their severity.

People suffering from diabetes have the following issues:

Their pancreatic ducts don’t generate insulin. It could also be that the ones that are generated aren’t sufficient.

Their pancreatic ducts generate insulin but the body is incapable of utilizing it.

The Categories of Diabetes are:

Most of this diabetes has no cure but can be managed through medicine and healthy living. Many diabetic patients have been living a fun-filled fulfilled life. They can go to work, play, travel, and do other things with their time like every other person.

The immune system of type 1 diabetic bodies fight against the disease thereby damaging their cells. These cells manufacture insulin in the glands. Teenagers and young children have it more than other age groups. Patients must get regulated doses of insulin every day.

Body cells of type2 patients reject the insulin manufactured in their bodies. Or the bodies have inadequate insulin which causes problems. The percentage of people with type2 is higher than type1. Type2 is found among grown-ups, middle-aged, or old people. The body’s ability to reject insulin has been a source of concern in the medical field.

It is not as severe as type2. The sugar content in the blood is higher than normal. Yet, it is not so high to categorize it as type2.

Several ladies get diabetes during their gestation period and this occurs in pregnancy. But it disappears after the pregnancy. Such women may have Type2 diabetes later on.

Who Can Develop Diabetes and What are the Causes?

Some specific diabetes is for certain people while others can generally be developed by anybody.

Many underlying factors may heighten the risks. They are highlighted below:

Signs of Being Generally Diabetic

Just like most illnesses, diabetes has its symptoms which are:

Signs of Type1 diabetes: These signs can come up rapidly like some weeks to months. These signs can be detected in younger people (kids and youngsters). Other symptoms are nausea, stomach ache, urinary problems, and urinary infections.

Signs of Type2 diabetes: It is difficult to see the signs as the clues are not visible. The signs might also go unnoticed for a long time. This is because they gradually grow for years. The signs show up in adulthood. This type of diabetes is getting rampant.

Differences Between Type1 and Type2 Diabetes

Type1 and Type2 have little differences.

In conclusion, if you feel you have any above-mentioned symptoms, never hesitate to seek medical help. 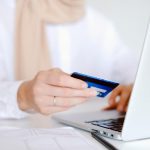