Ukraine Russia news has been flying around, making headlines and being the talk of social platforms. Start a world war 3 ? Where and how will this end? This and many more are the questions brimming on people’s minds. Ukraine versus Russia fights have put the whole world in fear and no one can actually foretell how far and how severe this will end. What is it between these 2 giant countries that could lead to tensions, hostilities and wars?

It all started way back in the 90’s

In the early 1990’s,  Ukrainian policies have mostly been centered on gaining independence and attaining sovereignty. Then, a foreign policy that supported cooperation with the EU, Russia and other great policies came about. Leonid Kravchuk declared the independence of Ukraine from Moscow in 1991. In the presidential election, Leonid Kravchuk was made the president of the country.

Ukraine becomes independent and begins their journey to a market economy. Since it won election from Moscow in 1991, various political events have occurred from the USSR’s disintegration to Russia’s disagreement of Ukraine becoming a member of NATO.

Ukraine’s government decided they want a secured future for the country within EU and NATO instead of getting involved in a diplomatic game in a bid to secure the country’s interest. Russia on the other hand feared Ukraine partnership with EU and NATO could resist Russia’s access to the Red sea. Being surrounded by political powers, Russia feels threatened by South Korea, Japan and US allies and it looks like they are being surrounded by hostility.

This isn’t the first time Ukraine russia news would become the talk of the world. The tensions between them reached the height of it in 2014 when Russia invaded Ukraine in 2014, fought with their armies, seized their large swathes and annexed the Crimean Peninsula from Ukraine. Russia triggered rebellion in the east and fought with Ukrainian forces which claimed 14,000 lives.

In a bid to put an end to the bloody conflict between Ukraine and Russia-backed forces, the Minsk agreement was entered into by the two countries. This agreement calls for a ceasefire, withdrawal of foreign forces and their weapons, release of prisoners of war, Ukraine granting of self-government to the Donbas and ensuring control of the state borders of the Ukrainian government.

However, both Russia and Ukraine are always at longer heads accusing each other of violating the terms and conditions of the agreement. On Tuesday, Putin informed the reporters that the Minsk agreement had been long dead before Monday’s recognition of the people’s republic. Get more about Russia Ukraine news.

Russian president Vladimir Putin strikes military forces on Thursday in Ukraine and many fear this might be the beginning of war in Europe. Russia calls for an end to the North Atlantic Treaty Organisation’s (NATO) which was rejected. This prompted Russia to fire attacks and numerous explosions were heard in Kjiv and other cities.

Russia’s actions have provoked many countries and individuals alike as people took to Twitter to rant and pour out their anger. Videos of people quitting the Kjiv and other military attacks are already making waves on social platforms. Many questioned if this will eventually lead to world war III.

As bad as the tension is between Russian and Ukraine, it hasn’t become a direct confrontation between Russia and NATO. However, if Russia attacks any of the NATO member countries, this will be a total stepping of the boundary that will fuel further fights.

Besides, when the United states and other countries watched in dismay as Russia built up military forces set to invade Ukraine, they quickly pulled out their military forces and advisers. US president Biden also stated “That’s a world war when Americans and Russians start shooting at each other,” and he decided that he wouldn’t deploy American troops to Ukraine under any circumstances.

Putin has also warned that any interference from other countries might lead to grave consequences. Well, western leaders are still on their toes projecting that Russia might invade Ukraine in full force. And for Ukrainian, the constant fear of what will become of their lives, economy and family still lingers in the air.

Russia of course have their valid reasons for the attack. They claim their actions are of self-defense as Putin says they are being threatened by modern Ukraine and his duty is to protect the “people’s democratic” who are being subjected to bullying and genocide. These he termed “demilitarization and deNazification” of Ukraine. Volodymr Zelensky on the other hand said he can never be nazi considering that they practice democracy led by a Jewish leader.

Then, it all started again in late 2022 when Russia started deploying his armies across the Ukraine borders.  Therefore, fears of an attack has been looming for months. On Thursday, Russia started attacking whether by land, air, sea and any other means possible. Military headquarters and airports were the first victims, then the Boryspil international airport in Kjiv followed. The forces have rolled into Ukraine in the North-east and many have landed in Ukraine ‘s big port cities.

Moreover, Russia has always been against Ukraine becoming a part of NATO and it accused NATO of posing a threat to our historic future as a nation”.

How long will this continue is a question many haven’t been able to find answers. Although, Russia has said nothing about constant fear of the country totally invading and overthrowing the Ukraine democratic government.

What’s to be expected?

Well, what else can be said of the Russian military in Ukraine, especially when the country is under attack, peace has been breached, security has been threatened and the whole world seems to be devastated. This is a terrifying time for the Ukrainian and the European continent witnessing another war which has already claimed lives. Is there a way out? Nothing for now but an agreement will have to be reached for things to return to normalcy. 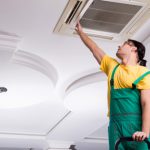 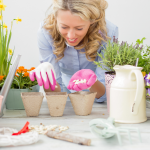