While sales of traditional desktop computers have slowed down in recent years, mini PC sales have consistently topped 30 percent of all desktops. These mini PCs are becoming more prevalent, and they’re being used in more industries and areas than ever. Building services engineering has been increasingly moving to digital signage, where players operate behind the scenes of many display signs. Now, with mini PCs on the rise, digital signage applications can be developed in less time than ever before.

Whether you need to power an interactive kiosk, manage multiple IoT sensors, or build an industrial control system, Fanless mini PCs are an excellent choice. These compact, ruggedized PCs are available in a variety of form factors. Intel Celeron processors are an ideal choice for a variety of applications, such as IoT gateways and digital signage. You can also choose between Intel Core i3 and i5 processors if you need more performance and power for real-time analytics, industrial manufacturing, and security applications.

The following are the features of a fanless mini PC that may be important to your IoT application. It is important to note that these devices typically come with built-in Wi-Fi, Bluetooth, and cellular connectivity. These can all provide quick and reliable connectivity, which is essential for IoT applications. Compared to regular HDDs, SSDs are also shock-resistant, which makes them a better option than traditional desktop PCs.

Compulab introduced the fitlet3 fanless mini PC with an Elkhart Lake Atom processor, which outperforms previous Atom platforms. Its CPU, graphics, and storage performance are up to seven times better than previous Atom platforms. It comes with a custom-made motherboard designed to take full advantage of the Intel Atom platform, and up to 32 GB 3200 MT/s DDR4 memory are supported. Other features of the fitlet3 include a comprehensive set of communication interfaces and optional extensions.

If you’re looking for a new computer to use for IoT applications, you might want to consider the Raspberry Pi mini PC. This computing device has high computation power and the ability to receive and analyze sensor data. With its WiFi and Bluetooth connectivity, the Raspberry Pi can also wirelessly transfer data. It has all the components necessary to create IoT devices. Listed below are some examples of uses for the Raspberry Pi.

Many factories are already using computers to validate products and stamp unique software identifiers. A Raspberry Pi can replace a desktop computer and save thousands of dollars in development costs. Moreover, you can use the mini PC for IoT applications by combining it with a keyboard and monitor, SD card, and other peripherals. Depending on the IoT application, you can use the Raspberry Pi to program smart cars, monitor industrial equipment, or automate business processes.

There are several models of the Raspberry Pi. The first generation was based on an ARM-compatible processor and had a credit-card-size design. The second generation, the Raspberry Pi B+, is the latest version. Both models are available in different price ranges. They differ in their GPIO ports, and the SD card is the most common storage device for Raspberry Pi models. A microSD card will store the operating system.

The mini PC is small enough to be used for basic tasks, but should be able to grow. At a minimum, it should have 4GB of RAM and 120GB HDD, but should have room for expansion. For example, an upgraded processor can help increase its performance. It is easy to upgrade parts when needed. You can also install the latest operating system, which allows you to run multiple applications simultaneously.

While the mini PC can be a handy tool for IoT applications, it’s not without its drawbacks. It’s light and portable, and its tiny size means that it’s easier to tuck away. Because it’s so small, a mini PC can be more affordable than a desktop PC. Mini PCs can be configured with different parts, including a monitor, television, and/or computer. Another drawback to mini PCs is that they do not have a battery or real-time clock, which means that they’re not ideal for long-term use.

The barebone version of a mini PC comes with no hard drive, keyboard or mouse. It also doesn’t come with RAM or a real-time clock, but many enthusiasts prefer the barebone option because it’s less intimidating to assemble and has more customization options. But if you’re a beginner, ready-to-go mini PC kits are a much better option because they include everything you need, including a real-time clock.

Another option is an IoT-optimized mini PC kit. These kits come with Windows 10 and are powered by the latest Intel NUC (Next Unit Computing) technology. They are designed for IoT applications and are a great option for building a flexible platform for IoT applications. Intel offers a wide variety of NUC mini PC kits with customisable boards and systems.

The mini PC is a great option for IoT applications because of its low power and size. It’s a good fit for industrial automation, smart appliances, and desk space, and you can find one that matches your needs. Alternatively, you can build your own mini PC from scratch or select a pre-engineered model. Whichever you choose, you can be sure that your computer will be a high-quality product that will be both flexible and low-cost.

The current state of the art in power management for mini PCs for IoT application is still inadequate. This is due to a lack of spectrum-based power management methods and a lack of guarantee of long-term battery life. Furthermore, these devices put user information at risk, leading to the loss of vital communication. In this paper, we study the problem of increased power consumption caused by the retransmission of an IoT data packet and poor communication channel management.

The RCO-3400 series of Fanless Mini PCs provides robust performance and ruggedness. With Intel 7th Generation Core i3 and i5 Mobile-U Processors, these rugged mini PCs are ideal for transportation technologies and remote fleet management. These RCO-3400 mini PCs feature an Intel Core i3-7100U processor and a second Intel Core i5-7300U processor. The RCO-3400 Series is also suitable for many industrial IoT use cases. 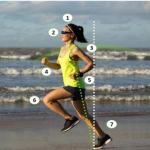 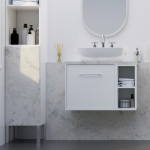